Shakira has returned to the spotlight with the recent release of her new song with BZRP. The hit “Bzrp Music Sessions 53” has been constantly commented by her audience, fans and media for having excerpts that serve as a hint to her ex-husband Gerard Piqué. And this week, the Colombian singer became the first Latin woman to be the most played artist on Spotify, creating a milestone in the music industry.

++ “Madonna: The Celebration Tour” celebrates 40 years of career of the…

When recognizing the success of the song, through the social network, Shakira thanks the fans. “I’m just one of millions of women who have a lot to say and offer. Women of all races, ages and conditions, thank you for your loyalty and support”, said the singer, surprised by the impact of the hit.

++ Shakira releases music with indirect to Piqué and his girlfriend

Recently, a Spanish journalist reported on social media that Piqué would have cheated on his current girlfriend, Clara Chía, with a lawyer he had worked with. The person responsible for the discovery was the same one who warned Shakira about the former player’s infidelity. 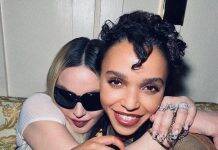 Actress Jennifer Coolidge got sick from fake nails and eyelashes…