Sunny, 13, daughter of actor Adam Sandler, 55, celebrated her bat mitzvah with the illustrious presence of celebrities such as Jennifer Aniston, Taylor Lautner, Charlie Puth and Halsey. In a TikTok video, shared by user @lilah.newkirk, guests are seen posing with a huge package of sweets.

++Charlize Theron confirms participation in the MCU as Clea

Halsey and Charlie Puth’s musical performances were also posted by the user. Victor Boyce, father of the late Cameron Boyce, posted a photo alongside wife Libby Boyce and “Jessie” co-stars Peyton List and Karan Brat. “Good Times! Sunny Sandler’s Bat Mitzvah,” he wrote. The comedian David Spade and his daughter, Harper, also attended the celebration. In a publication, the longtime friend of Sandler, showed the attire for the party. “Harper crushing it before our friends bat mitzvah rager. My shirt got a bit John Travolta in all the chaos,” wrote the actor.

In April, Sandler and Aniston wrapped filming on “Murder Mystery 2”, the sequel to the hit released in 2019 by Netflix. Nick and Audrey Spitz, their characters, go on vacation in Europe to reinvigorate their marriage, when a chance encounter leads them to be framed for the murder of an elderly billionaire. 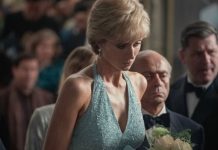