“Riverdale” comes to an end. The CW has announced the cancellation of the series which has been on the air since 2017, the final season will be released in 2023. The first five seasons are also available on Netflix.

Currently controlled by Warner Bros. Discovery and Paramount Global, The CW has canceled shows such as “Dinasty”, “Naomi”, “4400”, “In the Dark”, “Roswell, New Mexico”, “Legacies” and “Charmed”. The executives’ decision aims to reduce the costs of pay-TV productions to focus on production for streaming.

This Thursday (19), the president and CEO of The CW, Mark Pedowitz, commented on the decision during a press conference. “I know the pattern is different than what we’ve done in previous years, so I can see why this came as a shock to you and the fans. We had long conversations with our studios and parent companies, and everyone recognized that this was a transitional time for The CW,” explained Mark.

The series started out being a success, but the plot twists displeased fans. In March, actor Cole Sprouse, who plays Jughead Jones, said most actors would be happy to finish production. “I’m not a creative force on ‘Riverdale’, I have no control. We arrive on set, they often give us the script the same day we shoot the scene and that’s it,” he said in an interview with GQ.

However, MarkPedowitz intends to make a dignified closing.“Let’s treat her the way she deserves. She’s a pop culture icon, and we want to make sure it ends well. Seven years proved to be the ideal length,” said the president of The CW. 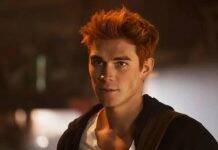