Singer Taylor Swift graduated with a Doctor of Fine Arts degree from the University of New York. The graduation ceremony took place at the University itself last Wednesday (18), and was attended by Taylor. The muse earned her degree as an honorary doctorate from New York University. She won the title for her contribution and work for culture. The ceremony took place with the right to the traditional gown used by the trainees.

Taylor gave a motivational speech to the graduates, and joked that the last time she was in a stadium like that, she was wearing leotards and dancing in high heels. In her speech, the singer stated that all those present there did not achieve that victory alone. “Each of us is part of a patchwork quilt of those who believe in our future, and show empathy and kindness”. She continued her speech and referred to all those who helped the graduates, in all forms of help. Someone who read stories, or who was there to say what was right or wrong. And she remembered those who are no longer physically present, but who bring good memories of cuddling. Taylor thanked her family, and NYU.

The singer commented that she always wanted to go to college. She recalled that soon after finishing her studies at school, she was already seeing herself in airports and with her schedule full of commitments for music. She started writing songs at age 12 and since then this has been her compass for the world. For her, everything is connected, and there is a reason why everything happens. 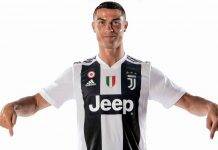