The separation of Gerard Piqué and Shakira was a surprise for everyone, months after the confirmation of the end, the matter is still not closed. According to information from the newspaper ABC, from Madrid, sources close to the player said that it was not the betrayal that led to the divorce with the singer. However, the Barcelona defender confirms the case.

++Piqué is caught listening to Shakira’s “Inevitable” in the car

According to Spanish journalist Saúl Ortiz, the sources claimed that nothing that was linked in the media would be entirely true. And that Piqué’s involvement with Carmen, a 22-year-old waitress, is undeniable, but “has nothing to do with an established and mature relationship.” Piqué had been single for weeks and the relationship with Shakira hadn’t been good for a while. Therefore the betrayal was not the real reason for the separation.. Also according to the sources, the player would have confessed to Shakira that the other rumors of infidelity were false.

The big impasse now is over the custody of the children, Milan, 9, and Sasha, 7. According to Informalia, a Spanish website, the Colombian singer would be determined to leave her ex-husband’s country, while the football player believes that moving would not be a good option for children. But both insist they will do their best for their children and believe they won’t have to settle the matter in court.

15 Facts You Didn’t Know About The British Royal Family 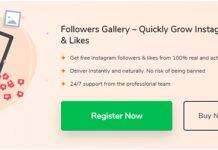