Metallica had their music played in an epic scene in the finale of the fourth season of “Stranger Things”. Eddie Munson (Joseph Quinn) needs to distract the monsters of the Upside Down and plays “Master of Puppets” on his guitar.

The moment brought the song back to the charts and has attracted new fans of the band, the 1986 classic hit the top spot among the most played rock songs on iTunes. With that, many old fans of the band criticized who arrived just now because of the Netflix series. In a comment on TikTok, Metallica spoke.

“FIY: EVERYONE is welcome in the Metallica Family. Whether you’re been a fan for 40 hours or 40 years, we all share a bond through music. All of you started at ground zero at one point in time”, wrote the band’s official TikTok profile.

In addition, the scene was well received by the band, who praised the production and thanked the recognition on Instagram.

“The way The Duffer Brothers have incorporated music into Stranger Things has always been next level, so we were beyond psyched for them to not only include “Master of Puppets” in the show, but to have such a pivotal scene built around it. We were all stoked to see the final result and when we did we were totally blown away… it’s so extremely well done, so much so, that some folks were able to guess the song just by seeing a few seconds of Joseph Quinn’s hands in the trailer!! How crazy cool is that? It’s an incredible honor to be such a big part of Eddie’s journey and to once again be keeping company with all of the other amazing artists featured in the show.” 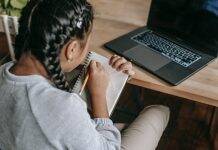 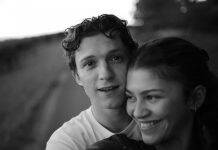