Pete Davidson, 28, says he’s ready to be a father. In an excerpt from the second season of Peacock’s Hart to Heart, released last Tuesday (12), the comedian reveals that he dreams of it.

“My all-time favorite thing that I still haven’t gotten around to is that I want to have a kid, it’s like my dream”, admitted Davidson to Kevin Hart.

Kim Kardashian’s boyfriend is excited for this new phase. “That’s what I’m preparing myself for right now, is trying to be as good as a guy and developing and improving, so when that happens it’s easier.”

Pete also says he lost his father as a child on 9/11. “My childhood wasn’t great,” he says. And then he uses comedy as a ruse to get over the pain.

Does the socialite want to be a mother again? Kim already has four children, Psalm, 3, Chicago, 4, Saint, 6, and North, 9, from her previous marriage to Kanye West. 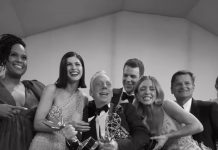 Donald Trump is “FIRED” by EVERYBODY and he plans to sue...