The Spice Girls have signed a contract with the staff of “The Last Dance”, a series about Michael Jordan, to produce a documentary about the girl group that was the height of pop music in the 1990s. According to The Sun, Emma Bunton, Geri Halliwell, Melanie C, Mel B and even Victoria Beckham will participate in the production.

Mel B let the news slip during an interview in Australia when referring to “The Last Dance” and said: “The director and the whole concept of how that was shot and filmed is really, really, really good. So we’ll be doing our own version with them.”

The project will present new stories and particularities of showbiz from the time the quintet was together. Mel B revealed the secret behind one of his most famous verses.

“The rap in the Wannabe video, I actually wrote on the toilet while the other girls were doing the vocals. My kids go, ‘Mummy, your music has come full circle’, and I’m thinking, ‘Ooh they’re going to compliment me’. Then I get told, ‘It’s come full circle because now you’re just vintage’. Old but good”, she said.

This year marks twenty-five years since the release of their second album and their movie Spice World and they’re guaranteed to celebrate the anniversary with a few other surprises.

In 2019, Geri Halliwell, Emma Bunton and Melanie C and Mel B went on tour together to reunite the Spice Girls, but Victoria Beckham didn’t want to join the group.In 2021, the girls debuted the unreleased song “Feed Your Love” while celebrating the anniversary of their debut album Spice, the track was written in 1995 by members of the group in partnership with songwriters Richard Stannard and Matt Rowe. 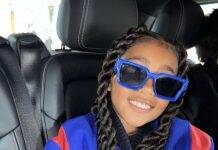