++Check out the 10 best movies with Ben Affleck

“Blonde” blends fact and fiction to reimagine the life of one of Hollywood’s most enduring icons. The screenplay is based on the bestselling novel of the same name by Joyce Carol Oates, which ranges from her childhood as Norma Jeane to her rise to stardom and romantic entanglements.

In an interview with Vanity Fair France, Oates said he saw the first version of the film several months ago. “I had to stop and go away for a while and come back because I was emotionally drained. I was captivated by the actors performing,” said the author, who added that she doesn’t think a “male director has ever been so inserted in a female consciousness.” He also added that he was “very impressed” with Dominik’s screenplay “because he succeeded in adapting the tight and complex structure of (her) novel in a dramatic way”.

The film is scheduled for release on September 28 this year. However, it will have its premiere at the Venice Film Festival, running from August 31 to September 10.

20 Iconic Celebrity Couples From the 00’s 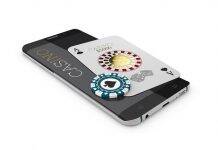 Live casino games — the technology behind the magic