The pop princess Avril Lavigne has been traveling the world on a tour promoting her new album “Love Sux”. Recently, the muse released an acoustic version of a single with Machine Gun Kelly, titled “Bois Lie”. The duo released the version on audio platforms, and prepared audiovisual content to accompany it.

The duo released a music video to promote the new version. The review of the Canadian muse’s new album has been positive, and her fans are also enjoying her new air. The singer’s most famous work “Let Go” recently turned 20, and in celebration, Avril recreated the album cover photo. A great nostalgia for the fans.

Avril has strong partnerships on this album, such as MGK and Travis Barker, and Mod Sun, her fiancé. Gun Kelly has been participating in a few shows on Avril’s tour, and driving the crowd wild. Avril is on tour in South America, and will perform at Rock in Rio next Friday, September 9th. 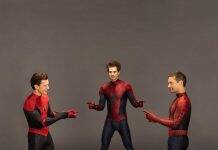 Will Dakota Lohan be Forced Into Modeling by his Mother?