Rumors that Brad Pitt and Emily Ratajkowski were getting involved started in late August, but it looks like the unlabeled affair is yielding more than expected. According to a source interviewed by People, the 58-year-old star and 31-year-old model “are spending a lot of time together.”

++Understand the legal fights between Shakira and Gerard Piqué after separation

“Friends aren’t sure if it’s serious,” says the source, who adds that the two “”appear to be ‘formally ‘dating'”.

On Monday, a source told Page Six that the ‘Bullet Train’ actor and Emily were getting to know each other better and “dating in secret”.“Brad isn’t dating anyone. They [Brad and Emily] were seen together a few times,” he said at the time. The source left the possibility of the actor making a commitment to Ratajkowski: “Stay tuned.”

According to Page Six, earlier this month, Ratajkowski filed for divorce from film producer Sebastian Bear-McClard in the Manhattan Supreme Court after four years of marriage. 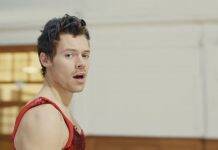 Billboard names Harry Styles’ “As It Was” best song of the...