According to the official synopsis, “a coming-of-age supernatural mystery comedy focusing on Wednesday Addams and her years as a high school student at Nevermore Academy, where she attempts to master her psychic powers, stop a monstrous killing spree of the town citizens, and solve the supernatural mystery that affected her family 25 years ago—all while navigating her new relationships”. 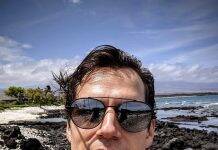