Last year, images of Zac Efron went viral after the star appeared with a very different face than fans were used to. In an interview with Men’s Health, the actor denied having had plastic surgery and explained the change in his face.

++Cara Delevingne is spotted disoriented on the streets of L.A and family plans intervention

The High School Musical franchise star said the changes to her face were the result of a domestic accident. “He was running through the house in socks when he slipped, hit his face on the granite corner of a fountain and lost consciousness. When he woke up, he said, his chin bone was hanging from his face.”

++Selena Gomez releases the video for “Calm Down”, in partnership with Rema

According to Zac, the muscles on the inside of his face and jaw had to compensate for the “symphony” of facial muscle building. Efron also said that he does physical therapy to control the damage. “The masseters just grew. They just got really, really big.”

The actor only said that he heard about the nasty comments about his appearance because his mother was impressed with the images and questioned him about the alleged plastic surgeries. “If I valued what other people thought of me to the extent that they may think I do,” he adds, “I definitely wouldn’t be able to do this work”, Efron said.

20 Celebrities Who Went From Friends To Frenemies 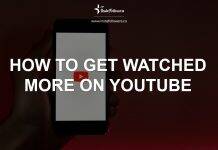