The trailer for the long-awaited documentary by Selena Gomez, ‘My Mind & Me’, was released this Monday (10), as a tribute to World Mental Health Day, the video brings emotional images and speeches by the artist narrating some stories from her life.

In addition, the original song, made exclusively for the project and present in the trailer, is already pre-save available on Apple Music and Spotify.

“Every breath, a breakthrough. In honor of World Mental Health Day I wanted to share the trailer for my documentary Selena Gomez: My Mind & Me. November 4 on Apple TV Plus”, wrote Selena in the caption of the post on social media.

The documentary talks about Selena’s vulnerabilities and her journey to fame. Diagnosed with Lupus in 2015, the footage shows Gomez crying and receiving medical treatment, as well as her depression and anxiety. ‘My Mind & Me’ has been secretly developed for six years, directed by Alek Keshishian, the same as in “Madonna: Truth or Dare” (1991).

“Just be who you are, Selena. No one cares about what you’re doing. It’s about who I am. Being okay with where I am. I am grateful to be alive”, says Selena in the trailer.

Watch the trailer for ‘My Mind & Me:

Jennifer Lawrence Reveals the Main Thing She Wants in a Man! 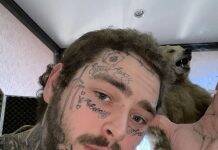 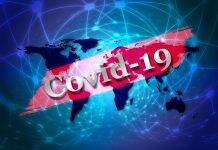