According to the report published this November by Rolling Stones magazine, former employees of Adidas wrote a letter to the company reporting the abuse of authority, inappropriate behavior and bullying practiced by rapper Kanye West during his performance at the company.

++ Olivia Wilde and Harry Styles split after two years together

Entitled “The Truth About Yeezy: A Call to Action for Adidas Leadership,” contributors claim the rapper showed intimate videos of his ex-wife Kim Kardashian, played mind games, verbally abused, and obsessively used p* to employees. over the phone or computer. Furthermore, the report exposes the aggressive and offensive behavior that Kanye West had with women in the office.

After the release of the report, Adidas reinforced that it will not tolerate hate speech and offensive behavior, “we have been and continue to be actively involved in conversations with our employees about the events that led to our decision to end the partnership. They have our full support, and as we work through the termination details, we’ve made it clear that we want to keep our employees’ talent and skills within the organization.”

Before the letter was released to the public, Adidas had severed ties with Kanye West due to the offensive comments he had made publicly reinforcing anti-Semitism and various prejudices. 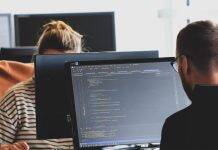