Actress Hilary Duff, in an interview with the magazine Women’s Health Australia, stated that at the age of 17, at the height of her child career at Disney, she had eating disorders due to the pressures imposed by the media, at that time, to always be thin.

++ Dua Lipa performs a free concert in Albania and ends the…

During the chat, Hilary Duff stated that she had sensitive thoughts about her weight and that she was very hard on her thinness, “because of my career, I can’t help but think, ‘I’m on camera and actresses are thin.’ ”. However, it was from these reflections that the actress began to accept her body during the following years.

++ Hailey Bieber reveals ovarian cyst: “The size of an apple”

“I think at 34 I just gained a lot of respect for my body. He took me everywhere I needed to go. It helped me build a beautiful family. I feel like the older I get, the more confident I get to get into my own skin,” said the actress, who is currently on the “How I Met Your Father” series.

Hilary Duff debuted on television from the teen series on Disney “Lizzie McGuire” in 2001, after her beginning she made numerous films, began her musical career releasing several albums, ventured into productions and fashion releases.

A Guide to Choosing and Playing in the Best Online Casinos... 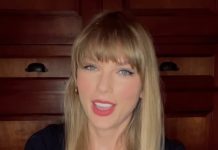