Last Thursday (1), during the release of the most listened to songs of the year on Spotify Wrapped, Olivia Rodrigo recorded a video of thanks to her fans and hinted that a new musical phase is to come in 2023.

In the video, Olivia Rodrigo talks enthusiastically about the next phases of her career, “I really couldn’t be more grateful and I’m so excited for next year, and all the new things and new music that 2023 will bring.”

In an interview with People magazine, Olivia said that the songs helped her feel more confident in the world, “the process of making Sour and releasing it really challenged me, and I grew a lot and learned a lot more about myself”. 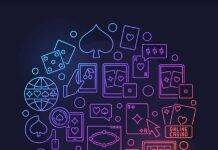 How to have fun and stay safe at an online casino