Yesterday (18) the new teaser of Thor: Love and Thunder was released by Marvel and we could see that Jane Foster aka Natalie Portman will be back in the MCU. The character was introduced at the first Thor movie, and had an ending without much explanation. She made an appearance in the next movie but dropped the universe. In the teaser Jane is the new Mighty Thor with Mjolnir in hand.

This will be the fourth film in the Thor series at MCU. The chronology follows the moment when Thor leaves Asgard totally destroyed and goes with the Guardians of the Galaxy. At some point Thor saw Foster, who dated and broke up with him, taking over as the Goddess of Thunder after the Mjolnir judged Thor unworthy, taking away his powers. He decides to go on his own path, and finds a new journey.

If the movie follows the Comics, Jane’s powers will come at a high cost: everytime she uses the hammer her breast cancer will grow. Jane Foster is a PhD in astrophysics and astronomer, she dates Thor and then leave him. The new Thor hit the theaters on July 8. 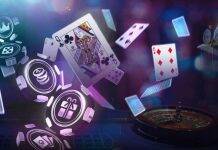