The Spanish player Gerard Piqué has been facing reprisals after the confirmation of his betrayal to his ex-wife Shakira. Piqué was received on the field with boos and whenever he touched the ball, shouts of ‘Shakira’ could be heard. This happened this past weekend (23), during a classic Spanish league game between Real Madrid and Barcelona, that happened in Las Vegas.

This happens after the player assumes that he really cheated on the Colombian singer. The couple rose to prominence in the headlines, for signs of betrayal, and later in the separation. The rumors gained strength, and according to the Spanish newspaper ABC, Piqué confirmed that he cheated on Shakira with one person. And that, according to him, he hoped she would forgive him since their marriage was long. He would have cheated on the singer with a 22-year-old waitress.

The crowd apparently took one side of the issue, that of Shakira. When he took the field, he was met with many boos from the whole stadium. Also, whenever he touched the ball during the game, he heard a shout from ‘Shakira’ coming from the crowd. The two were married for 12 years, and had two children: Milan, 9, and Sasha, 7. Another issue in debate is precisely the custody of the children. A lot of strength to everyone in this situation. 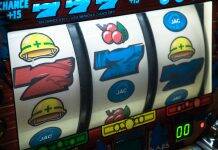