Iggy Azalea, 32, took to her Twitter account to announce that she is returning to producing new music. In July last year, the rapper announced that she would be taking a break from her music career for a few years.

“A year ago I was willing to step away from music because I was tired of the negative energy it attracted. But what I’ve learned is that even when I’m going about my business, you guys will be negative and nosy. So if I can’t have peace, neither can you. I am coming back. Cry about it”, revealed the owner of the hit ‘Fancy’.

“I’m not going to talk about dates or direction or anything, I just know it’s happening and there will be a budget,” she said.

Azalea’s latest album “End of an Era” was released in August 2021, around the time the singer announced that she would be retiring indefinitely from the music industry and dedicating herself to other projects. Iggy didn’t reveal when her new song will be released, but responding to a comment on Twitter, she said: “It’s going to be a terrible year for all of you, 2023.”

At the moment Iggy Azalea is opening the singers for the Stop Us Now Summer Tour 2022, with performances confirmed in October.

Cara Delevingne is spotted disoriented on the streets of L.A and... 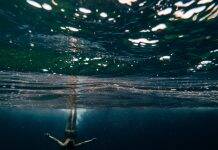