Halle Bailey, 22, recalled the racist attacks she was a victim of after being announced as the protagonist in the live-action of Disney’s 1989 classic, “The Little Mermaid”. In an interview with Variety, the actress and singer revealed how she feels about playing Princess Ariel.

Bailey said that her grandparents made her look at the situation differently by remembering racist situations they were victims of throughout their lives. “It was an inspiring and beautiful thing to hear their words of encouragement, telling me, ‘You don’t understand what this is doing for us, for our community, for all the little Black and brown girls who are going to see themselves in you,’” Bailey recalls.

From that moment on, she started to think about the importance of representation and what it would be like if the original Ariel was black. “What that would have done for me, how that would have changed my confidence, my belief in myself, everything,” Bailey says. “Things that seem so small to everyone else, it’s so big to us”. Halle is the second actress to play a black Disney princess, in 2019 Anika Noni Rose provided the voice of Tiana in “The Princess and the Frog”.

Rob Marshall, director of the film, revealed to Variety that Halle Bailey is fantastic in the role. According to him, the star’s most chilling performance came during the new version of “Part of Your World”, the memorable scene when a wave breaks behind the mermaid, framing her in the ocean along with her voice.

“[Halle] sings that moment up an octave from the original,” Marshall says. “It’s the most chilling, and the most thrilling, film moment because it crystallizes not just her incredible vocal ability but the emotional passion she has in singing it.” 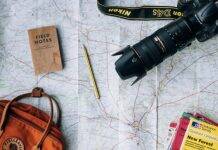 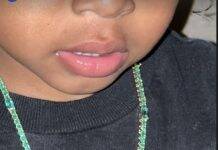