On Monday (12/9), “Round 6” actor Lee Jung-jae became the first Asian man to win an Emmy for Outstanding Lead Actor in a Drama Series.

In the series, Lee plays a single dad addicted to gambling, who participates in the game filled with mental and psychological challenges in the hopes of winning a big cash prize.

“Round 6” went down in history by becoming the first non-English language production to win an Emmy. The Netflix series won the award for Directing for a Drama Series, Hwang Dong-hyuk. 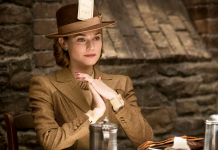 Diane Krugs turns 46. Check out 5 productions with the actress!