Jason Momoa, 42, star of “Aquaman” was involved in a serious traffic accident last Sunday (24). The big fan of vehicles had his car dented after colliding with a motorcycle.

Law enforcement sources told TMZ that the actor was driving along Old Topanga Canyon Road near the Calabasas area when the motorcyclist, who was traveling in the opposite direction, ended up colliding with him on a curve. The motorcyclist would have crossed the lane and hit Momoa’s car, hitting the left front of the vehicle, an Oldsmobile 442.

Afterwards, he flew “briefly” in the air, but managed to “land on his feet”, according to the website.

The motorcyclist was transported to the hospital with minor injuries, including some bruises on his leg and a wound on his thumb, as, during the impact, he ended up hitting the windshield of the star’s vehicle. Despite the scare, according to TMZ, both the actor and the motorcyclist are doing well. The police officers were at the scene and made the reports and so far no complaints have been made. 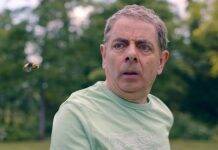 Check out 6 productions that debut on Netflix in the next...