Will Smith, 53, broke his silence over the slap he gave Chris Rock, 57, during the 2022 Oscars ceremony. This Friday (29), the star posted a nearly six-minute video on his social media apologizing to Rock and regretting what happened.

“I’ve reached out to Chris and the message that came back is that he’s not ready to talk, and when he is he will reach out,” Will said. “So I will say to you, Chris, I apologize to you. My behavior was unacceptable, and I’m here whenever you’re ready to talk.”

Rock was hosting the Oscar for Best Documentary when he made a joke about the shaved head of Jada Smith, 50, Will’s wife, who has alopecia (a condition that causes hair loss).

Smith answers three questions that were asked on the internet. The first of them questions why the actor didn’t apologize to Chris when he received the Best Actor award that night for his performance in “King Richard”. “I was fogged out by that point. It’s all fuzzy”, Will said.

Will says he’s spent the last three months thinking about the “nuances” and “complexity” of what happened at the awards show. The actor also apologizes to Chris’ mother and family. “I saw an interview that his mother did. That’s one of the things about that moment I didn’t realize, I wasn’t thinking, but how many people got hurt in that moment.” 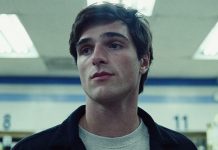