Taylor Swift broke the record for the biggest album debut in Spotify history with over 185 million streams with the release of ‘Midnights’. Launched last Friday (21), the platform registered the album as the most listened to in a single day in the history of the app.

Taylor has the biggest female debut on the platform. The singer placed her two albums at the top positions of the Top Albums Debut Global: “Midnights (3am Edition)” at number one, as well as “Midnights” at number two. Now, as far as the singles chart is concerned, the star has occupied the entire Top10 with the songs that complete the album’s tracklist.

Not to mention that Midnights ranked number one in 67 countries. Already on platforms such as iTunes and Apple Music, the album also reached the top in 98 countries. Only this Monday (24) the album reached the mark of more than 400 million streams on Spotify, becoming the fastest album to achieve this feat. The album was critically acclaimed. 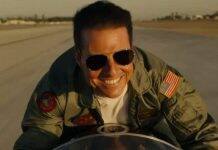 Austin Butler reveals how he became ‘Elvis’ in new video