Lady Gaga’s amazing Super Bowl halftime performance was one of the highlights of pop music in the past year. But her 15-minute, multi-genre tour de force highlighted a trend in the music world – artists diversifying their style to please an audience. Young listeners are becoming more open-minded, willing to listen to anything from classical to conga.

Once upon a time, it was considered taboo for a musician to step outside of their customary genre. Just think of legends such as Ricky Nelson getting booed in Madison Square Garden for daring to play a country song, or Bob Dylan plugging in and nearly causing a riot led by acoustic-guitar purist Pete Seeger.

But that hasn’t stopped even heavy metal artists from putting the spikes away, cutting their hair and exploring another sound, even folk or pop music. Here are 31 rock and metal performers who have toned down and recorded something softer – to the delight or revulsion of fans. 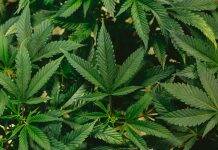 The Ultimate Guide When Smoking Weed in Montana