The Magic Mike star took to Twitter on Wednesday to lash out at the impostor who created a fake profile and has been posting made-up stories about him.. Bomer tweeted… “For the record I don’t have a Facebook account so whoever is responding to people, and making up details of my life please stop. Thanks!” 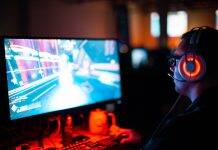 Why Is Online Gaming Your Best Choice?