Caitlyn Jenner has announced she has joined retail giant H&M for their newest sports campaign.

The I Am Cait star announced her involvement with an image on Instagram and promised more to come soon.

She captioned her picture: “Backstage with @hm! So proud to be part of their inspiring #HMSport campaign. #MoreIsComing #StayTuned”

This comes shortly after the 66-year-old former Olympian announced another high-profile collaboration with MAC Cosmetics.

She also announced that partnership via Instagram, writing: “I’m finally free to announce my partnership with @MACcosmetics! All sales of our lipstick shade, Finally Free, go toward improving transgender communities. Look for it in April! #MACCaitlynJenner”

Unlike the majority of celebrity makeup deals, that campaign is aimed at social change as all profits will go towards MAC’s transgender initiative, a movement for social justice for and acceptance of transgender people.

Jenner’s H&M campaign is likely to be more profitable for the reality TV star as we wait on more details.

After 5 Seasons, “Dynasty” is canceled by the CW 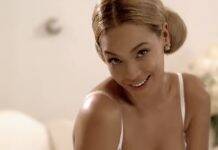