Kim Kardashian just had the most epic Twitter fight with loads of celebs!

It’s either that, or Kanye West #liberated his wife of her Twitter account and launched the tirades under her name.

It all started after Kim tweeted a naked pic of herself on Monday and captioned it: “When you’re like I have nothing to wear LOL.”

Understandably, the internet suffered a collective meltdown when Kim’s curves hit the screens of millions of followers, but some celebrities took the opportunity to pass judgement on Kim.

“I truly hope you realize how important setting goals are for young women, teaching them we have so much more to offer than-,” actress Chloë Grace Moretz tweeted.

Kim, or whoever was in charge of her account at the time, then responded snidely: “let’s all welcome @ChloeGMoretz to twitter, since no one knows who she is. your nylon cover is cute boo.”

Journalist and TV personality Piers Morgan also chimed in with a dig at the 35-year-old mother of two: “I know the old man’s $50 million in debt, Kim – but this is absurd. Want me to buy you some clothes?”

He was of course referring to the $53 million debt Kanye West recently revealed himself to be in, but Kim was quick to fire back: “sorry I’m late to the party guys I was busy cashing my 80 million video game check & transferring 53 million into our joint account.”

Even legendary singer Bette Midler had a witty remark, tweeting: “Kim Kardashian tweeted a nude selfie today. If Kim wants us to see a part of her we’ve never seen, she’s gonna have to swallow the camera.”

Again, Kim was quick to shrug off Midler’s joke by tweeting back: “hey @BetteMidler I know it’s past your bedtime but if you’re still up and reading this send nudes #justkidding.”

The whole thing ended with Kim posting yet another, this time professionally shot, nude picture that she captioned with the hasthtag “#liberated.” 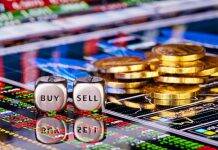