It is last call for for Kocktails with Khloé after the network decided it won’t keep the tab running on the talk show.

The FYI Network announced in a statement that it shut down production of Khloé Kardashian’s talk show less than three months into its run, TMZ reports.

According to the statement, the show “brought new viewers and significant numbers to FYI’s linear and digital platforms,” but spokespeople declined to give a reason for the show’s early demise after only 14 episodes.

“Hi my loves. I’ve enjoyed every second of shooting #KocktailswithKhloe,” Kardashian said on Twitter on Wednesday. “Your support each week has meant more to me than you could imagine, and I’ll continue to make time for our weekly chats.”

The show is designed to mimic a dinner party at the 31-year-old blond beauty’s home. 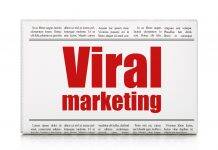