Nick Jonas has revealed that he didn’t quite know what he was getting into when he committed to wearing a purity ring at a young age.

The 23-year-old musician and his brothers Joe and Kevin wore the rings as a symbol of their chastity earlier in their career, but he now says it was “demanded” by someone in his church.

“I came from an incredibly religious home, growing up my dad was a pastor, and much like The First Family or people in front of the public eye,” the “Jealous” hitmaker said in a Reddit Ask Me Anything.

“There was a person in the church who at one point demanded that all the kids in the youth group put these purity rings on and make this commitment,” he continued. “So without a full understanding of what we were stepping into, we all made this commitment.”

Jonas then said he ditched the ring when he fell in love with a girl and made the decision to have sex with her.

“So I started making my own choices, fell in love with somebody, made the choice to have sex with them,” he said. “From that point on it was about me being a man and being okay with my choices.”

Selena Gomez releases the video for “Calm Down”, in partnership with... 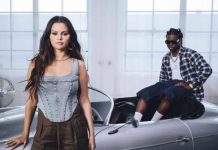 Selena Gomez releases the video for “Calm Down”, in partnership with... 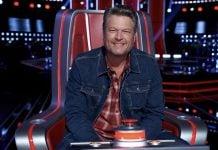 Blake Shelton announces departure from The Voice after 23rd season 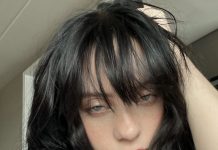