Gwen Stefani and Gavin Rossdale’s divorce has been finalized after an LA judge signed off on the split of another celebrity couple.

After reviewing a detailed judgment on the couple’s financial assets, the judge ruled that Stefani would retain her interests in her band No Doubt while the same goes for Gavin Rossdale with his band Bush.

They will now share joint custody of their three young sons, but neither will have to pay spousal or child support.

It has also been reported that Stefani is already dating country singer Blake Shelton. 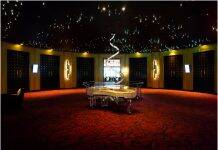