Alec Baldwin is totally cool with sharing private photos of his life with his wife Hilaria and their kids on social media, but don’t snap one yourself.

One photographer tried that in a public space in Beverly Hills and almost got swallowed whole when the actor yelled at him at the top of his lungs.

“Stay away from my wife!” Baldwin yelled among many colorful expletives.

“Shut up,” he ranted as the photographer inaudibly tried to explain that he was probably on assignment from some magazine.

The 58-year-old star also repeatedly referred to the man as a “piece of trash” during the humiliating scolding session on the LA sidewalk.

The Baldwins reside on the East Coast, but were reportedly out doing laundry while on a trip to California when the unsavory incident occurred.

Incidentally, Alec Baldwin is not the only celebrity who has been reacting angrily to being snapped in public. Amy Schumer gave an intrusive fan similar treatment recently and a Twitter army swarmed to her defense.

Is this a new thing, now? 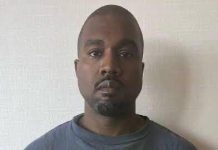 ‘Verbal fast’: Kanye West says he will go 30 days without...