Lindsay Lohan’s mom has tried to put a stop to the pregnancy rumours surrounding her daughter after her dramatic split from fiancé Egor Tarabasov.

The 30-year-old star’s mom Dina said Lindsay started the rumours herself to hurt her fiancé as she has been an “emotional wreck” since their recent split, Daily Mail reports.

Lindsay is definitely not expecting her first child, Dina insisted.

This comes after the actress tweeted a photo of herself from her 2009 film Labour Pains along with a caption declaring: “I am pregnant.”

Concerns were also raised after the star was seen smoking and drinking while partying on a yacht in Italy.

This came shortly after we reported that Lohan was seen at Heathrow airport after the explosive fight.

Last week, we reported that the 30-year-old actress took to social media to accuse the 22-year-old millionaire of spending the night with a “Russian hooker.”

After her online omission, the reported fight broke out at her London apartment and police were dispatched after neighbours heard the star yelling, “Please please please. He just strangled me. He almost killed me!” 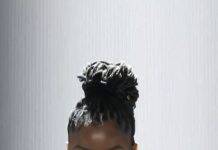 Chloë delivered a show-stopping performance at the 2022 BET Awards