Lindsay Lohan almost lost her finger in a boating accident over the weekend.

The 30-year-old actress took to Snapchat to say she lost a piece of her finger in the accident, but it was surgically reattached after it was found!

“I almost lost my finger from the anchor,” Lindsay captioned a video on the social network. “Well I lost half my finger, thank goodness we found the piece of my finger…”

“I just had surgery to fix it,” she wrote before peppering the post with cying emojis. “It hurts so bad.”

Now, we hate to point this out, but the finger she “almost lost” is also the finger that had the much talked-of engagement ring on it!

Remember, after we reported that Lindsay and her fiancé Egor Tarabasov physically fought on a beach and then split up, Lindsay was seen still wearing the sparkler.

She then went on Russian TV to claim she bought the ring for herself before Egor hit back saying he had been paying her bills.

So, is the ring under those bandages or is it under the ocean? 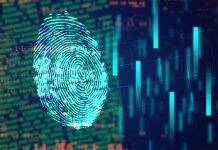