In the immediate wake of the United Airlines “re-accommodation” scandal, concussed customer Dr. David Dao has come under scrutiny for his past. Dao’s history may include a few brushes with the law, though his case is still strong in what is sure to be an upcoming settlement battle.

But we at Jetss feel that the night-life angle of this story is not being covered. After all, many in the poker world are already quite familiar with Dr. Dao.

As reported in TMZ and Heavy.com, Dao is an active poker professional who has competed in 4 World Series of Poker events over the years. The doctor has fared pretty well for a part-timer. David is plus-$234,664 over the course of his card-playing career, and placed 11th at a January 2017 tournament in Mississippi.

The 69 year-old can boast having his own bio page on a few gaming sites, but poker appears to be among many hobbies for the unfortunate viral-video subject. In 2004, Dao briefly stopped seeing patients to attend culinary school, where his goal was to practice preventative medicine through cuisine. 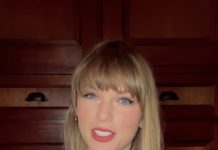 Taylor Swift reveals that the first track of “Midnights” is inspired...