During the weekend, Chester Bennington’s widow shared a video on Twitter of her husband playing and laughing with his children. The moving clip filmed just hours before the singer’s death is less than a minute long, but it teaches a very important lesson about depression.

“My next tweet is the most personal tweet I have ever done. I’m showing this so that you know that depression doesn’t have a face or a mood,” Talinda Bennington wrote before posting the clip.

In the short video, Chester is seen playing the jelly beans challenge with his children and a friend. During the game, where they had to eat a random piece of candy without know if it was a traditional flavor or something disgusting, Chester ate a rotten egg jelly bean, which he immediately spit out and laughed as he tried to get the gross taste out of his mouth.

“This is what depression looked like to us just 36 hrs b4 his death,” she captioned the video. “He loved us SO much & we loved him.”

Chester Bennington’s family has been very vocal about the dangers of depression’s elusive nature since the Linking Park lead singer took his own life back in July.

“I want to make a commitment that I will talk to someone before I hurt myself when I’m feeling depressed, sad, or going through a hard week, month or year,” the young boy says after introducing himself. “I want to challenge you to do the same: to help yourself, not hurt yourself.”

Earlier in September, Talinda shared a similar commentary on depression, along with an intimate family photo taken shortly before her husband’s death at age 41. The picture shows the Benningtons relaxing near a sunlit beach.

“This was days b4 my husband took his own life. Suicidal thoughts were there, but you’d never know,” she wrote.

She had previously told of her heartbreak, writing writing a statement to Rolling Stone soon after Chester’s death.

“We had a fairytale life and now it has turned into some sick Shakespearean tragedy. How do I move on? How do I pick up my shattered soul? The only answer I know is to raise our babies with every ounce of love I have left.” 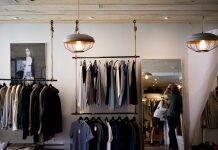 Protected: How to Play and Win Big Online