If you watched Sunday’s Emmy Awards, you know President Donald Trump was an omnipresent figure in the ceremony.

Even though he was not invited, Trump made headlines not only because he was the star of many speeches during the night—like Colbert’s, who called him “the biggest TV star of the year”; or Baldwin’s, who won Outstanding Supporting Actor in a Comedy Show for his Trump impersonification—, but also because the President of the United States made some rather inaccurate comments about the ceremony.

Much to everyone’s surprise, Trump didn’t say a word during the broadcast of the show, despite his fixation with the Emmys. But his silence only lasted for two days (much like his 3-days slice after Mexico’s deadly earthquake), as he took to Twitter on Tuesday night to share his feelings about the awards ceremony.

“I was saddened to see how bad the ratings were on the Emmys last night—the worst ever,” Mr. Trump said. “Smartest people of them all are the ‘DEPLORABLES’,” he finished.

Unlike Trump, Stephen Colbert didn’t wait to fire back.

One day after the infamous tweet, on Wednesday night’s edition of The Late Show, Colbert addressed the president’s tweet about the event that he hosted. He began by showing his audience the post, and then tearing it apart piece-by-piece.

“I do want to point out that every single part of that tweet was factually incorrect,” Colbert went on.

First, Trump suggested that the awards took place on Monday, when the ceremony actually took place the night before. “I checked the TV schedule, and he must have been watching NCIS: New Orleans,” Colbert joked.

Second, Trump claimed the 2017 Emmys were the worst rated. But according to Colbert, this year’s Emmys had 11.4 million viewers, which is 100,000 more than the 2016 ceremony, the lowest rated Emmys of all time. “That’s right. We had the second worst ratings of all time,” Colbert told a cheering audience. “In your face.”

Who knows what made 100,000 more people watch this year’s Emmys! Maybe it was the brief cameo by former White House Press Secretary Sean Spicer; or the hilarious reactions of the audience when Spicer surprisingly showed up. Perhaps it was Nicole Kidman and Alexander Skarsgård’s kiss when he won an award. But at the end of the day, once again, Donald Trump was wrong, Stephen Colbert is right, and that’s all that truly matters. 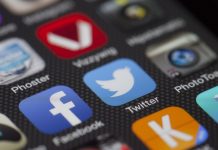