“Carne y Arena” is the first project to merit such an honor since it was given to director John Lasseter in 1996 for his work in Toy Story, the first feature-length computer animated film. Only 17 of these have been presented over the last 90 years.

Iñárritu’s virtual-reality installation offers, a collaboration with longtime friend and Oscar-winning Emmanuel Lubezki, offers participants an immersive journey into the lives of immigrants and refugees.

“[Carne y Arena] opened for us new doors of cinematic perception,” said AMPAS president John Bailey. He continued: “More than even a creative breakthrough in the still emerging form of virtual reality, it viscerally connects us to the hot-button political and social realities of the US-Mexico border.”

The short piece premiered at this year’s Cannes Film Festival, and it’s currently in display at the Los Angeles County Museum of Arta (LACMA), Fondazione Prada in Milan, and Tlatelolco Cultural Center in Mexico City.

The award, which is Iñárritu’s fifth Oscar, will be presented at the 9th annual Governors Awards on November 11. 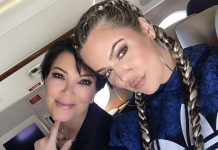