Oh, to fall in love in the upside down!

After months of speculation, we finally have proof that Stranger Things co-stars Natalie Dyer and Charlie Heaton are more than just friends fighting evil from another dimension.

On Wednesday morning, Dyer, 20, and Heaton, 23, were seen out and about in the streets of New York City holding hands, which could be the confirmation on their romance we’ve all been waiting for!

Just like it happened with Ygritte and Jon Snow from Game of Thrones, the stars of the hit Netflix series fell in love on the spooky set while playing Nancy Wheeler—Mike’s older sister—and Jonathan Myers—Will’s older brother and Joyce’s (a.k.a. Wynona Ryder) oldest son—respectively.

The pair hasn’t officially confirmed their romance—yet. But there’s been enough hints all over Instagram and red carpets that prove their love it’s been a done deal for quite some time now.

EXHIBIT A. Natty shared a cute snap of Charlie joking about his new one man show Stranger Wings—pun intended—. Fans were quick to notice that the tied-dye pigeons in the picture are popular in Spain. That wouldn’t have meant nothing if she hadn’t posted a picture of La Sagrada Familia in Barcelona just three days before. Were they on a romantic getaway in Spain together?!

EXHIBIT C. The duo was spotted arriving together at the Los Angeles International Airport. And while they tried to go unnoticed, they couldn’t hide from the cameras! Maybe they were coming back from their trip of love in Spain!

Since the beginning of the series on July 15, 2016, fans went crazy on the love triangle between Nancy, Jonathan, and Steve Harrington—played by actor Joe Keery— using the hashtags #TeamJonathan and #TeamSteve on social media.

I guess this is a win for #TeamJonathan.

The onscreen-gone-offscreen pair will be seen again on the debut of the sci-fi series’ second season on October 27. 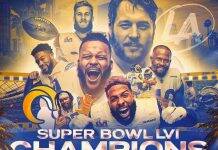