After a yearlong search, Disney has finally found its Mulan.

Fans feared the film would follow the trend of productions like “Ghost in the Shell” and “Death Note”—both highly criticized for “whitewashing” characters that were originally created by and for Asians—, but Disney remained true to its promise to find an actress of Chinese origin.

“Thank goodness Scarlett Johansson wasn’t available for this one,” someone joked on Twitter. “As a Chinese I cannot say how happy seeing this, MuLan is the most famous female hero in Chinese history,” another user applauded.

Liu, nicknamed “Fairy Sister” bye the Chinese public for her pure and innocent looks and previous roles in fantasy dramas, is a well-known actress, model and singer in her home country. The 30-year-old, who is fluent in English, was picked out of nearly 1,000 candidates for the role.

While Disney live-actions reboots have proven to be a successful formula, Liu’s participation in the live-action remake of “Mulan”, set to release for 2019, should help appeal to both Western and Oriental audiences, nearly guaranteeing smashing box office success all around the world. 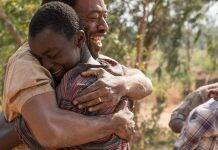 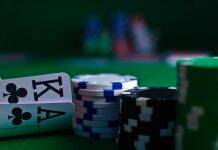