Oops, she did it again! Britney will be touring baby, one more time.

Just a few weeks after her ex-boyfriend Justin Timberlake announced his upcoming Man of the Woods Tour, Britney has revealed to her fans that she too will hit the road with her show Piece of Me.

“I’m so excited to announce that we’re bringing the #PieceOfMe tour to selected cities in North America, Europe and the UK! See you guys this summer,” the Princess of Pop wrote on her social media on Tuesday morning.

After performing 250 times in the AXIS auditorium inside the Planet Hollywood Resort & Casino in Las Vegas for the past four years, Britney wrapped up her residency at Sin City with one last final show on New Year’s Eve.

The show, which was hailed Best of Las Vegas twice, is a review of Spears’ most iconic hits, including Baby One More Time and Toxic, accompanied by elaborated choreographies and costumes that brought out even the biggest celebrities in the industry, from Beyoncé to Selena Gomez.

After the whooping success of Piece of Me in Las Vegas, having sold almost 1 million tickets since 2013, it’s clear that a world tour was the next obvious step for Britney, especially if we add her triumphant tour in Asia and Israel during the summer of 2017.

Tickets for the 23-dates limited tour, which begins in July in Washington D.C. and ends in August in London, will go on sale on Friday, January 26. Check Britney’s official site for more details. 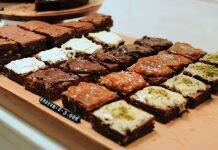