MAILLLLLLLLLLLL! We’ve got some mail for you, friends: beloved children’s show Blue’s Clues is officially getting a reboot in Nickelodeon.

The show will be reinterpreted for today’s kids (an iPad instead of a handy dandy notebook, perhaps?), but it will also feature nostalgic elements of the original series—or as Cyma Zargahmi, Viacom’s Nickelodeon Group president, said the new Blue’s Clues will have a “refreshed signature look.”

However, the show will be missing on one key element: Blue’s memorable human owner Steve. But the network is already on the hunt for a new host to fill his shoes—or rather his green striped shirt.

That’s pretty much all the information we’ve got about the reboot of the series—but it was just enough to send Twitter on a nostalgic frenzy, with millennial parents longing for the new Blue’s Clues, and other less enthusiastic fans mourning Nickelodeon’s decision to potentially ruin one of their favorite childhood shows.

Check out some of the best reactions to the upcoming new episode of Blue’s Clues! How do you feel about the reboot? Let us know in the comments down below. 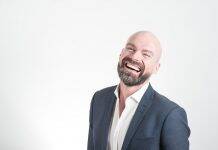