Facebook may not have done such a hot job safeguarding our information over the past few years. And people are not having it.

Facebook, the world’s biggest social network is at the center of an international scandal involving voter data. Stories in The New York Times and UK’s the Guardian And Observer newspapers indicate that the social media giant was duped by researchers who reportedly gained access to the data of more than 50 million Facebook users, which was then misused for political ads during the 2016 US presidential election.

As if that wasn’t enough for Mark Zuckerberg and his app, Brian Acton, WhatsApp cofounder, joined the chorus of voices calling on people to delete the social media—a notable statement since the messaging service is owned by Facebook.

“It is time,” Acton simply tweeted, alongside the hashtag #deletefacebook.

But as serious as this matter is, we all know that social media, specially Twitter users, will always find a way to bring a little humor to the darkest situations, even when we’re talking about the misuse of their personal information.

See what people on Twitter (the potential new social media king as this #deletefacebook movement keeps growing) are saying about dumping all things Mark Zuckerberg. 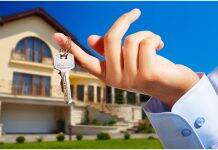