Is this the start of something wonderful and new for the Maniac stars?

Emma Stone and Justin Theroux further fuel romance rumors after they got caught leaving a Met Gala afterparty together on Monday night. The pair was photographed getting into the backseat of a car following the big fashion event.

However, if you are secretly shipping them together, don’t get to it just yet. You should know that the alleged couple didn’t leave alone, as they were also accompanied by Big Little Lies star Shailene Woodley.

So, Theroux and Stone: friends or more? Let’s look at the facts.

The Maniac stars have been seen together several times in recent weeks after becoming good friends while working on the upcoming Netflix series. First, they grabbed dinner together in New York. Then he posted a photo on social media posing with Stone and Queer Eye’s Jonathan Van Ness. And now, a source close to the actress has said that “Emma and Justin are just good friends but she’s totally open to taking it to the next level.”

Sounds like there’s something good cooking up between this two!

The Leftovers actors unexpectedly split from longtime love Jennifer Aniston back in February. “In an effort to reduce any further speculation, we have decided to announce our separation,” the former couple shared in a joint statement. “This decision was mutual and lovingly made at the end of last year. We are two best friends who have decided to part ways as a couple but look forward to continuing our cherished friendship.”

So now the real questions are: what are Justin’s intentions with our Emma? Is she a rebound or the real deal? How long are they planning on keep us hanging? Is he the reason why Emma and Andrew couldn’t give their love a second chance? 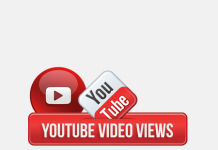