In a truly unexpected turn of events, Cardi B has confirmed that she and Migo’s Offset quietly got married. Not today, not yesterday, not last month. The rapping lovebirds tied the knot last year—as in they been secretly married for nearly nine months. Nine months. NINE. MONTHS!

“There are so many moments that I share with the world, and then there are moments that I want to keep to myself! Getting married was one of those moments!” Cardi confessed in a statement. “Was one morning in September we woke up and decided to get married. We found someone to marry us, and she did. Just the two of us and my cousin. I said ‘I do,’ with no dress, no makeup, and no ring!”

So does this mean he proposed a month after they were already legally married? Wouldn’t that make Offset’s fling adultery and not just a simple cheating scandal? Is this why Cardi B named her album Invasion of Privacy?

So many questions, so little answers. Although we definitely should’ve seen this one coming after Offset called Cardi “his wife” onstage at the BET awards. Still shocking, though. See the best reactions to Cardi B and Offset’s surprise marriage ins our photo gallery above. 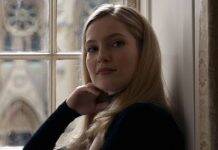