Self-made billionaire Kylie Jenner and rapper Travis Scott graced the latest cover of GQ in what marks their first ever photoshoot together as a couple. As part of the magazine’s August issue, the couple played a trivia game to prove the world how much he knows about the mother of his child.

Spoiler alert: Jacques Berman Webster II has some studying to do.

Though it is in fact hilarious watching Travis struggle to name 5 Kylie Cosmetics products or her favorite ice-cream flavor, people are also pointing out the cringeworthy fact that Travis doesn’t really know the first thing about her baby’s momma. Think we’re forcing it? Talk about forgetting her dog’s names, or what’s worse, his in-law’s names.

I mean, we personally think that’s some pretty basic info to know about the person you’re raising a child with, but that’s just us…

Click through our photo gallery above to see the painful reactions to Kylie Jenner and Travis Scott catastrophic quiz. It must be awesome to be in a relationship with someone who praises your pb & j’s more than he praises you. 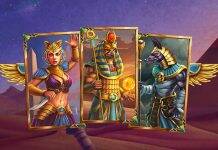