Nicki Minaj got in an ugly Twitter feud with ex Safaree Samuels and now poor Tyga unintentionally got caught up in the drama!

In response to her ex accusations that she “cut” him so bad he allegedly had to cover up for her to the police so they wouldn’t arrest her, the Queen rapper claimed Safaree had a hair transplant that she paid for, and even accidentally (?) put Tyga’s own alleged hair transplant on blast by tweeting they went to the same doctor.

“I should’ve never paid for that gyatdamn hairline!!!,” she tweeted. “I fell back out cuz God don’t like ugly!!! You used me but God had other plans!!!” Then came the shocking admission: “Tyga sh*t ain’t fall back out!!! Y’all went to the same doctor!!! Yours fell out cuz GOD DON’T LIKE UGLY!!!”

Luckily, Tyga knew exactly how to gracefully handle the situation. The rapper responded in good humor and even took to Twitter to promote the doctor who worked on him. “The [plug emoji]. Tellem Tyga sent u,” the rapper wrote in an amusing tweet along with a screenshot of the website for Ziering Medical.

Even Safaree Samuels—who mind you, didn’t went to Tyga’s doctor, but did have the procedure done the same day—took Nicki Minaj’s tweet in stride, saying he made over $30,000 from the dramatic feud. “No joke, I made 30k today just by referring ppl to the doctor who did my hairline… Thank youuu all…”

Anyone willing to pay at least $1k to hear one of my most embarrassing secrets? 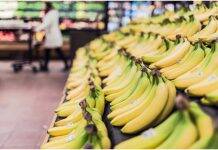 Our 3 Tips for Managing Your Family’s Finances