The movie won’t be released in 2018—or maybe ever.

Following the #MeToo movement highlighting sexual misconduct that has swept the entertainment industry over the past year, there’s uncertainty over the fate of Woody Allen and Amazon’s a Rainy Day In New York.

Though filming finished in 2017, Amazon Studios said on Thursday it had not set a release date for the comedy staring Timothée Chalamet, Rebecca Hall, Jude Law, and Selena Gomez. Though Amazon declined to elaborate, sources say A Rainy Day has been shelved indefinitely

According to Amazon, “no release date had ever been set” for Allen’s film. However, a 2018 release was widely expected given the director’s record of releasing at least one film a year since 1982’s A Midsummer’s Night Sex Comedy.

Amazon studios faces a tough challenge releasing Woody Allen’s movie given that his name has been in countless headlines over the last year as Dylan Farrow, his adopted daughter, brought old allegations that he molested her when she was 7 years old in the early 90’s back into the spotlight.

Making it even worse, A Rainy Day In New York already face a PR crisis earlier this year when most of its cast went on record saying they would donate their entire salary from their work in Woody Allen’s new film to multiple anti-harassment non-profit organizations. 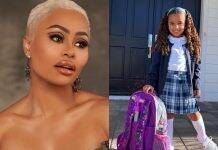