Beyoncé is being accused of witchcraft, which is further prove Queen B really can do anything.

Kimberly Thompson, who worked with Beyoncé in her band for seven years, has filed a lawsuit accusing the singer of practicing “extreme witchcraft” on her. The drummer even went on to say Mrs. Carter had “murdered [her] pet kitten.”

According to multiple reports, Thompson requested a temporary restraining order against Bey. However, the petition has since been denied by the Los Angeles Superior Court.

And while any normal human being would be terrified at the very thought of witchcraft and black magic, the Beyhive is already putting up an altar to properly praise their voodoo Queen.

Needless to say, given the very bizarre nature of the story, the Internet has already been voicing their opinion, with the majority of people celebrating ‘Yoncé’s witchery. As for us, well, let’s just say Beyoncé wan use her dark magic on us at her leisure.

Sorry, Sabrina, but you’re no longer the coolest witch in Wizardry Town.

Click through to see the funniest reactions to the rumors that Bey is not only a talented singer, an epic performer, and a pop culture icon—but also a powerful witch. Beyoncé is accused of witchcraft and we’re loving it! 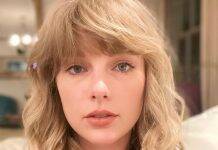